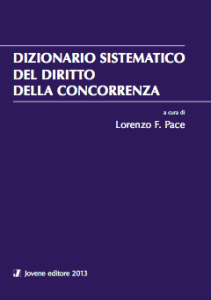 Since the new Competition Law was enacted (Law n. 12.529/11), CADE has changed its by laws regarding settlements in anticompetitive cases a couple of times, which means that the Authority is still in search of the most suitable procedure to be adopted for settlements.

By the current bylaw (Resolução n. 05/13) both defendants or General Superintendence can propose a settlement, and the negotiation procedure depends on the state of the investigation.

CADE is currently working on new Horizontal Mergers Guidelines related to the new competition law, however, until those new guidelines are not effective, the 2001 guidelines will be applicable.

CADE decided the first gun jumping case in Brazil on August, 2013. The case involved the acquisition, by OGX, of Petrobras’ 40% interest in the oil Block BS – 4, located in the Santos Basin.

According to Law No. 12.529/2011, a finding of “gun jumping” in transactions subject to mandatory antitrust filing may lead to the declaration of nullity of the deal, imposition of a fine ranging from R$ 60,000 (€ 20,000) to R$ 60 million (€ 20 million) and prosecution for anticompetitive conduct.

According to CADE, the terms of the agreement signed by the parties showed that OGX have taken some advancements in the business prior to CADE’s clearance of the case.

When ruling the case, CADE approved the agreement proposed by OGX, under which the company recognized gun jumping practices and undertook to pay a R$ 3 million (€ 1 million) fine. CADE too into consideration OGX situation of financial distress.

CADE understood that there was no need to declare null the operation and to prosecute for anticompetitive conduct, considering that the measures taken by OGX were purely administrative, the transaction did not entail anticompetitive effects, and Block BS – 4 was not operational yet. CADE also stressed that the National Petroleum Agency (ANP) expressly recognized that farm-in and farm-out deals are subject to filing with CADE only in April 2013, a few months before the trial.

In any event, this precedent indicates that CADE is now paying attention to possible gun jumping situations and does intend to impose the penalties set forth in Law No. 12.529/2011. Under this scenario, merging parties should be extremely careful when negotiating buyer’s rights between signing and closing the deal.

We use cookies to ensure that we give you the best experience on our website. If you continue to use this site we will assume that you are happy with it.Ok