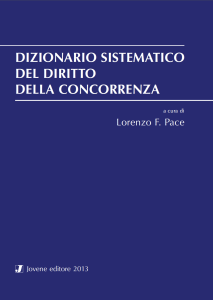 The Brazilian Competition Authority’s by-laws had several changes in 2014, as detailed below.

Resolution No. 07, of February 19, 2014 amended CADE by-laws , to start, by adding letter “f” to art. 24, VI. Such provision regards the list of prerogatives of the General Superintendence of CADE, the investigative branch of the Brazilian Authority. CADE investigators are now authorized to have access and make copies of any police investigation, lawsuits of any kind, as well as surveys and administrative proceedings brought by any other federal, state or local authority.

That amendment cautioned, however, that CADE shall observe the same confidentiality restrictions eventually established in the original procedures, be administrative or judicial.

The same Resolution No. 07/14 amended Article 45 initiating the implementation of the electronic process at CADE to include paragraph 3, which states that whenever possible or when required by the authority, powers of attorney and documents that formalize the acts of concentration (M&A) should also be submitted electronically.

That resolution also changed art. 48 by prescribing that the contractual arrangements relating to the transactions submitted for review, shareholders’ agreements, non-competition understandings and bylaws may only be included in the records in a foreign language when accompanied by a Portuguese version, signed by a sworn translator or authenticated by the party’s own attorney, under her/his personal responsibility.

If any falsehood or unreliability is found in the information provided or in the documents submitted to CADE, including the translations, the responsible(s) will be subject to a monetary penalty in the amount of five thousand to five million reais , according to the gravity of the facts and the economic situation of the offender, without prejudice to other applicable legal sanctions.

Regarding the issue of accessibility to the proceedings, Resolution No. 07/14 included Paragraph 2 to Article 49 of CADE Bylaws to include the possibility of CADE to provide paid copies of records in electronic form, subject to the rules of confidentiality and restricted access.

There were also significant changes in the procedures pertaining to the proceedings for the judgments of the cases. Art. 98, § 1 of CADE Bylaws was amended to provide that in the case a member of CADE Board (President or Commissioner) requests to take the case to its chambers for review, the case should be returned for decision within 60 days, after which it will be automatically included on the agenda for the completion of the trial.

In the old system, the request for review by any member of the Board could be extended sine diem , provided there was agreement of the majority of members. That possibility delayed some trials a bit too long.

Art. 98, §4 was also amended to indicate that the member asking for review of the case may convert the request into diligence for clarifications, provided it is expressly permitted by the Plenary Board.

Paragraph 5 clarifies that when CADE has knowledge of new, incidental and relevant facts or evidence that are able to significantly modify the context of the decision, the member of the Board that is reviewing the file must bring the point for discussion.

Paragraph 7 provides that in the event that the Board exceptionally decides, by absolute majority, to disregard a previous member’s opinion, the commissioner that replaced the one whose term ended, may ratify or not the previous opinion.

§8 specifies that if the disregarded opinion is from the reporting commissioner (rapporteur), the file should be removed from the agenda for subsequent forwarding to a new rapporteur for timely inclusion on the agenda.

Paragraphs 1 and 2 were also included into Article 103 to determine that the opinion of the rapporteur and the other remaining opinions shall be included with the records within 10 days. Such inclusions have brought more legal certainty for incumbents, since now there is no possibility of very long wait for access to the opinions to be published.

Moreover, Resolution No. 07/14 altered Article 110 of the Bylaws in order to include Paragraph 4, which states that the submission for review of mergers, as well as all the information and accompanying documents must also be submitted electronically, thus contributing to the promptness and legal security.

In turn, Art. 118 has been modified to reduce the time for a third party to apply for intervention in M&A cases. The reduction was from 30 to 15 calendar days, counted from the publication of the notice containing the basic information of the transaction.

If on one hand this modification may translate into more expedite handling of cases by CADE, on the other it may restrict the possibility of substantial participation by competitors, suppliers, customers and the organized civil society in general, as consumer groups, among others.

This becomes even more evident with the inclusion of Paragraph 2 to Art. 118. It concerns cases processed through the expedite procedure (1st phase cases), which may be decided (cleared) independently from the expiry of those 15 days. In this case, Paragraph 3 provides that the request for third party intervention may be directed to the President of CADE directly, subject to the term of 15 days.

Paragraph 4 stipulates the possibility of extension of the period of 15 days at the discretion of CADE, only when strictly necessary for the production of documents and studies needed to prove the allegations of the parties.

Paragraph 2 was added to Art. 120 of CADE Internal Rules to provide that the General Superintendence of CADE may declare a notified transaction as “complex” and start the “2nd phase” of the reviewing process. If so, the request to extend the total period of analysis of the case by the General Superintendence will be forwarded to the President of CADE who will take the request to the Board for decision.

Resolution No. 07/14 also amended Art. 145 of the Bylaws to remove the possibility of CADE Board for avocation of preparatory proceedings (procedimento preparatório) initiated by the Superintendent-General, thus keeping such a possibility only for administrative investigations (inquéritos administrativos).

That Resolution also added §2 to Art. 151 of the Bylaws to provide the defendant with 30 days to file a defense, specify evidence and up to 3 witnesses, as well as any documents in electronic media.

Art. 155 of the Bylaws received new Paragraphs 5 and 6 to include the possibility of submission of documentary evidence by the defendant until the closing of the investigation, and also in electronic media.
SETTLEMENTS

As for the procedures relating to settlements, as amended by Resolution No. 05/2013, we have already reported their main modifications in the previous update, however we will better detail them as follows.

According to the Article 179 of CADE Bylaws, anyone interested in a settlement to cease a potential anticompetitive practice should submit a request to the Rapporteur (Reporting Commissioner), if the records of the administrative proceedings are with the Tribunal, or to the Superintendent-General, if the proceedings are still ongoing, as an investigation, in the General Superintendence.

At the discretion of the Rapporteur or the Superintendent-General, restricted access to the request, its terms, the procedural progress and the negotiation process may be granted.

The request for settlement may only be submitted to CADE once.

The file of the request for settlement does not imply a confession as to the facts, nor the recognition of the wrongfulness of the conduct.

Each defendant must submit its own request for settlement, even though the Rapporteur or the Superintendent-General, in their judgment of convenience and opportunity, may negotiate jointly the various requests related to the same process/proceeding.

In the event that two or more interested defendants in settling belong to the same economic group, the request may be submitted jointly, since each one is individually identified. The Superintendent-General or the Rapporteur will decide on the possibility of joint negotiation.
The negotiation process

The Superintendent-General or the Rapporteur, depending on where the investigation/file is at the time of the submission of the application/request, decide on the opening of the negotiation period and designate three or more staff to the negotiating committee.

The Superintendent-General or the Rapporteur will set the negotiation period and may also decide to suspend the period of negotiations for clarifications.

When the negotiation period is officially concluded, interested defendant(s) must present any final proposal for settlement within 10 days.

The final proposal binds the proponent, who cannot change, condition or revoke it.

In turn, the Tribunal can only accept or reject the final proposal, not offer a counterproposal.

If the case the settlement includes a financial contribution, it shall contain the exact amount to be paid, the payment terms, the penalty for delay or default, as well as any other condition for its implementation.

The Tribunal should decide on the proposal for settlement before prior to the main process to what it relates.

In case of withdrawal of proposal by applicants, the settlement procedure should be immediately terminated toward them and the applicants prohibited from submitting a new proposal/application for the same process.

If no final proposal for settlement is submitted to CADE, or if it did not meet the deadline, the submission of a new application, within the same process, is forbidden.

If the proposal relates to an investigation on combination, manipulation or agreement between competitors (hard cartel cases), the proposal must necessarily contain the obligation to collect a financial contribution established during the negotiation and may not be less than the advantage obtained, when possible its estimation.

Moreover, the final proposal submitted by the Superintendent-General to the President of CADE, must necessarily rely on the co-operation of the proponent(s) during the investigations.

The deliberation on the adequacy and proportionality of the financial contribution within any proposal for settlement will consider the breadth and utility of the co-operation of the proponent during the investigation. When possible, the following parameters should be taken into account:

The amount of the financial contribution within the proposed settlement should take into consideration the state and the stage of the investigation/administrative process.

The acceptance or rejection by any defendant of a proposal for settlement presented by the general superintendent does not prejudice the submission of another proposal and does not imply any judgment on the merits of the conduct object of the investigation.

The initiative from any defendant to propose or accept a settlement does not imply a confession as to the facts, nor the recognition of the wrongfulness of the conduct.

CADE may accept the payment of the financial contribution in installments, adjusted by the Selic rate.

Even though recent CADE Resolution No. 08/14 basically regulates the proceedings to call a process, its first provision, which includes Art. 109-A to CADE Bylaws, states that any transaction closed in the stock exchange or over-the-counter are exempt from submission to CADE

Paragraphs 2 and 3 were included to Article 122 of Bylaws to stipulate that any member of CADE Tribunal who wishes to call a process must inform its intention to the General Superintendence and present her/his substantiated reasons to the board for consideration, within 15 days from the publication of the decision to approve the transaction.

Article 131 establishes that the member of the Tribunal who call the process will be the one to report the case to he board. The board then may:

I – Confirm the decision of the General Superintendence to approve the transaction; or
II – Sustain the request to call the process and determine further investigation. In such case, the case will be assigned to a reporting member (rapporteur).

Article 132, §1 states that any appeal against the decision of the General Superintendence to approve the transaction, or the decision to call the process suspend the course of the M&A process until final decision by CADE Tribunal.

This CADE resolution has been long awaited since the enter into force of Law 12.529 in the middle of 2012.

See also the full entry in the Dizionario

We use cookies to ensure that we give you the best experience on our website. If you continue to use this site we will assume that you are happy with it.Ok